31 Flavors of Kink by Leia Shaw and Cari Silverwood

31 Flavors tells the story of Sidney and Nick. They’ve been married for five years and love each other deeply, but things in the bedroom aren’t so great. Because of something that happened in her past, Sidney hates having sex. It’s painful and uncomfortable for her and she does what she can to not have it.

What I love about this book is that it’s based on a true story. I did not know this until I came to the end of the book(The copy I got had a different cover on it). What I also love about this book is that it lets other people out there who are struggling to introduce kink into their relationships know they are not alone. I also see this book as being a great way to introduce your partner to kink. Yes, there are some steamy scenes, but this is real life. Not some erotica novel where everything tends to be nice and shiney and can tend to be a bit overwhelming, but two people trying to fix something that is broken in their relationship. It shows these people there will be ups and downs and mistakes, but things like that can be worked through as long as both partners involved are serious about making the effort. I can’t say enough good things about this book. It’s like no other fiction kink book that I’ve read and for me, feels like a breath of fresh air and covers a topic that a lot of people are scared to talk about.

You can buy your copy of 31 Flavors of Kink on Amazon and Smashwords today. 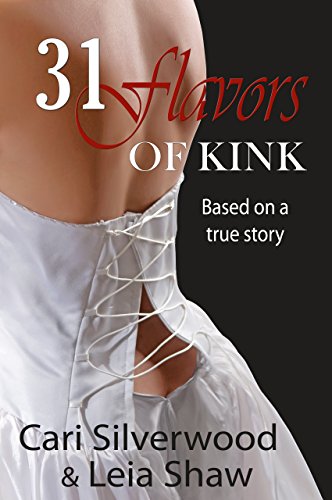 Expressing Your Submission (with hair!)