Submitting While One of You is Sick 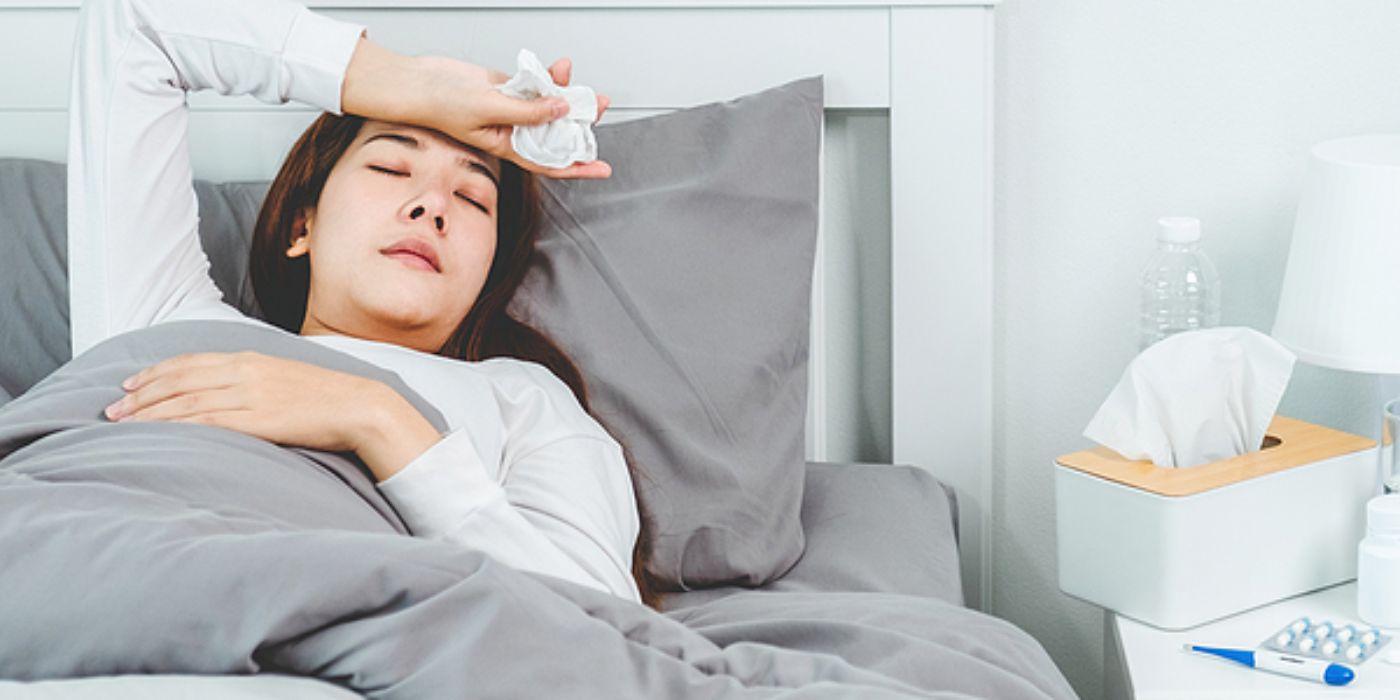 Maintaining your role as a sub in the middle of a scene is pretty easy to do, but the conversion from situational submissive to full-time sub can present a number of fairly interesting challenges as you settle into your full-time role. One of the strangest full time submitting challenges that I’ve found is dealing with your role as a submissive when either you or your Dom is ill. Because the D/s dynamic tends to be an added component rather than the full width and breadth of a full-time relationship, it’s pretty easy for the less ingrained elements of D/s  to slip quietly away when one of you is ill. In most cases, it’s perfectly acceptable for certain rules and regulations to alter, especially if the illness is severe enough that one of you is bed-ridden, or has certain physical limitations, but I find that if I am (or my Dom is) caught somewhere between “slightly under the weather” and “mostly okay,” I feel really guilty for letting some of my responsibilities as a submissive slide.  It’s especially frustrating if being slightly ill is making it difficult to incorporate new habits, or if you already struggle with maintaining certain established habits without rigorous endeavor.

So how do you cope when one of you is ill? Is it possible to stay submissive when you’re not feeling up to snuff, or when your Dom isn’t capable of giving you the strong-handed feedback that you need to keep on track?

If we’re talking about minor illnesses, the answer is yes, absolutely. There are a couple of things that you can do to ensure that you and you and your Dom are maintaining a standard minimum level of D/s, even if one or both of you is ill.

Come up with a contingency plan

You generally know what your energy levels are when you aren’t feeling well (and your Dom probably has a similar idea of their own levels, too), so look at your daily responsibilities, and identify immediately which tasks are going to be most difficult for you if you’re not feeling well. Make a plan with your Dom that acknowledges your “sick limits,” and work together to come up with a set of back-up expectations that you can reasonably fulfill.

Likewise, look at the responsibilities that your Dom takes on, and work with your Dom to determine what sorts of extra responsibilities you might need to pick up if they’re feeling ill themselves.  If you’re the type of sub who feels gratification for anticipating your Dom’s needs, you’ll probably have no trouble adjusting to being your Dom’s caretaker while he/she is ill; if you’re like me, and your satisfaction is derived from being instructed or commended for your actions, you may have to work on being extra vigilant during this time to help bridge the gap between what your Dom is reasonably capable of doing and what he/she is usually responsible for.

Talking to your Dom while you’re both well is a good way to set foundational expectations for both of you in the eventuality that one of you is ill. It should give you the satisfaction of knowing that you are still doing exactly what is expected of you, even if those expectations are slightly different from your everyday tasks.

Communicate how you feel when you feel it.

Be willing to play fast and loose. Remember that well and not well are less of a coin flip and more of a gradient, so if you’re fine in the morning and suddenly sick as a dog after lunch, that’s something you need to communicate with your Dom (and something that your Dom should communicate with you). Remember that it’s much, much better to be up front about how you feel and to adjust what you’re doing immediately than to pretend that you’re fine, push yourself, and ultimately make yourself sicker.  Give your Dom the freedom to do the same; it’s difficult to remember, occasionally, but your Dom is a person, too, and he/she probably feels as guilty as you do when he/she isn’t feeling well enough to speak to you in That Voice or to reprimand you properly for a minor slight. Think of this as your ultimate opportunity to be a good sub, to anticipate your Dom’s needs, and to make sure that you are taking care of them to the very best of your ability. Give each other positive feedback after each tiny bout of illness and adjust your responsibilities accordingly. As time progresses and you become more familiar with your partner’s behavior, it’ll be come easier to anticipate what responsibilities need to be picked up when.

In addition to knowing what responsibilities you need to pick up and let go, you should probably make a point to know your Dom’s physical needs and preferences when he/she falls ill. Be mindful that everyone reacts a little differently to being ill, and a little differently during certain types of illness. I hate being left alone when I am sick, and I want to be coddled and babied as much as possible; my Dom likes her space—unless feeling unwell is a result of lack of sleep, and then she’s all about being fussed and getting cuddled, even if it interrupts my household responsibilities.

Go back to your daily routine as soon as possible

It takes roughly three months to build a habit, and three days to break one. Make sure that you return to your daily routines as soon as you possibly can to ensure a smooth integration back into your responsibilities—otherwise you’ll end up having to relearn your habits. Also: don’t be afraid to prompt your Dom to return to regular routines after the fact. Your Dom is just as likely to fall out of habits as you are, so if your Dom has been ill, and you notice that certain aspects of your relationship are taking a bit of extra time to go back to normal, give your Dom a nice, respectful nudge prompting him/her to reintegrate certain activities back into your daily routine.

In reality, there really aren’t any true-to-all rules that outline how to be a good submissive while you’re ill or while your Dom is ill. Like everything about the D/s dynamic, you’ll find something that suits your relationship and your expectations for each other as you go along. Ultimately, being mindful of each other’s needs, communicating how you feel with each other, and being respectful in the fulfillment of your needs is the most solid advice I can give.

Do you have any routines that you and your Dom fall into when one of you is ill? How well do you deal with your responsibilities as a sub during those times? Leave a comment below .

Ornamental Value: A Reflection on My Submissive Style