A common misunderstanding that people who are new to the scene seem to have is that kink and sex are indistinguishable from each other: if something kinky ensues, something sexy is sure to follow. The reality is, however, that the two can, and sometimes should be separated. This is especially true if the participants in an activity are all new to the activity in question.

This past weekend, for example, my Dom and I finally broke out the hemp/linen rope that she bought years ago, and tried our hands at some Kinbaku. If you’re unfamiliar with Kinbaku (also known as Shibari), it’s the quintessential bondage practice. It’s great not only for the fact that it completely immobilizes the person being tied up, but also because it’s aesthetically pleasing once it’s finished. Unfortunately, if the person doing the tying up is unfamiliar with the theories behind it, however, it can be incredibly dangerous for the person being tied.

If you have read my other articles, you’ll know that my Dom and I are both relatively new to the scene. Though we have implemented the Dominant/submissive dynamic to our relationship for the past four and a half years, the fact that our relationship has been incredibly long distance means that we’re just now beginning to explore some of the more complex aspects of bondage for the first time. Since, in this regard, we are both inexperienced, and since my Dom and I work under the principles of Safe-Sane-Consensual (SSC), when she brought the rope to my new flat and told me in a very serious voice that it wasn’t going to lead to anything but practice, I knew not to question her conviction too much. It might seem a little backwards, being told that you’re going to be tied up, and told that being tied up wasn’t going to lead to anything sexy, but as much as I would have loved to jump in, and enjoyed the practice to its fullest potential, I preferred taking things slowly to the idea of losing circulation in my hands, or getting trapped in a position that could hurt me.

So if being kinky didn’t lead to sex, what did we do?

Mostly, we talked. We talked a bit about why Kinbaku appealed to us and where our interests stemmed from. We talked a bit about the concerns we had for certain positions. We looked through the book that my Dom brought with the instructions, looked at the pictures, made comments about the designs that we thought were nicest and why, and reviewed the types of rope my Dom bought. I gave her feedback on what I thought was too tight and what was too loose, whether the rope pinched, or if I was comfortable. In short: we felt our way around the practice and got comfortable with the basic techniques that could be used later on when we weren’t practicing. Was it sexual? No, not really. It was intimate, though, the same way that sitting and watching TV or reading next to each other while lying next to each other in bed can be, in their own rights, intimate.

If we had been really set on it, we might have done been able to do something sexy as well as kinky, but the point of the session wasn’t sex; it was to develop a foundational understanding of something new in the safest way that we could. It gave both of us the opportunity to determine how reality held up to fantasy and ensured that we would both be more likely to see a mistake if we made one.

It can sometimes be tempting to tell our rational minds to take a hike or to allow our excitement at trying something new get the better of us. It’s also easy for someone new to the scene to feel like the first time he or she tries something new should be as flawlessly executed as the demonstrators at meets, the pictures in books, or even the videos we watch. Realistically, this isn’t the case; it takes a lot of time and training to become proficient at any practice, and that includes the kinky sort. So if you are new to the scene—especially if you and your partner are exploring the scene together—understand that there is a divide between kink and sex and that it’s perfectly acceptable if one doesn’t necessarily lead to the other. 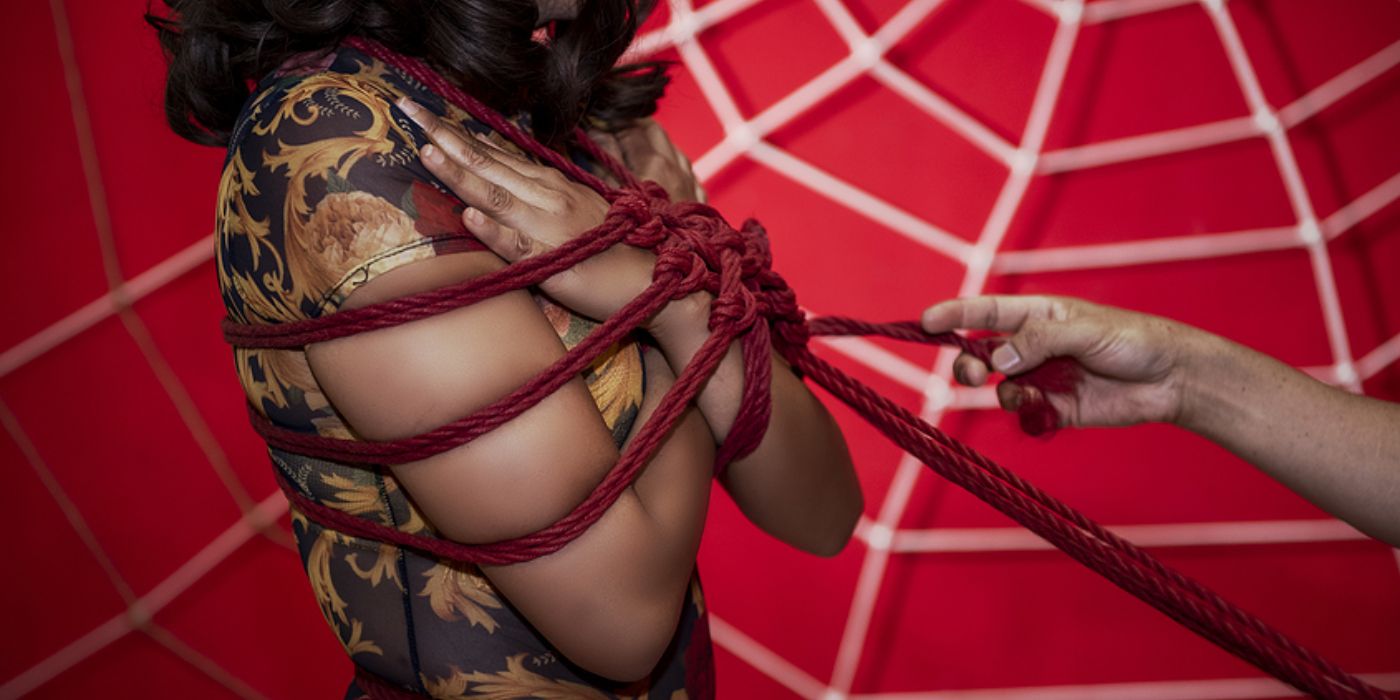 The Time Between Knots: Changing Our Perspectives on Rope Bondage