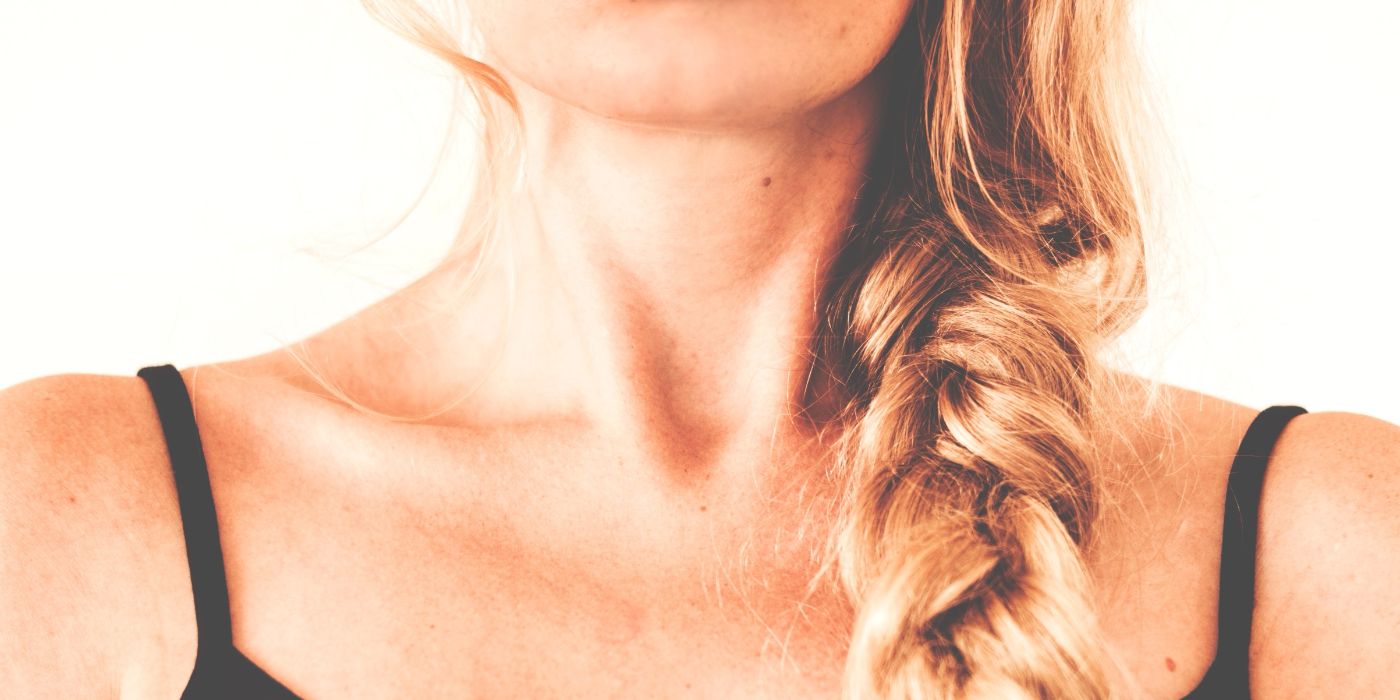 I know, I get it. I’ve always worn a collar since you first met me. It’s become a part of my permanent wardrobe. So, you’ll notice it when it’s missing. You want to know what happened. But for all that is kind and gentle and caring, please don’t bring it up.

In April 2017, KnyghtMare removed his collar from my neck. Things had been on a downward slope in our relationship and we had hit rock bottom. I had hit rock bottom. While I was/is devastated by it, we are still together and working on our relationship. One of the things I knew I could not face right away, were social gatherings with other kinky friends. I felt so fragile and sensitive that I was not in a collar I had worn for 10 years, but also that I just knew I couldn’t face the questions that may arise from people meaning no harm but not understanding enough to stay silent.

Didn’t you have an infinity collar?

Since you are still with him will you get it back?

It’s human nature to be curious and even more so when it has to do with friends. You want what’s best for your friends and I know you want to find out what happened. But, I don’t feel this is a situation you should take the lead.

An excellent article on Prevention.com, “ 10 Things to Never say To Someone Going Through a Divorce” applies to D/s relationships that have ended as well. I especially appreciate the article’s delicate responses when the person is trying to be meaningful and supportive but it doesn’t come off that way to the uncollared, or in this case divorced person.

Why These Responses Aren’t Always Welcome

When a submissive is collared, for many it’s like a wedding ring. It’s a powerful commitment that holds a lot of value to the submissive. When it’s removed, for whatever reason it can bring about a lot of negative emotions, grief and an array of depression symptoms. The length of time one wears the collar before removal can have a greater impact, but sometimes time isn’t a factor at all.

Take, for example, someone who has just separated from their married partner and their partner is seeking divorce. No matter why the marriage failed, there are things you just don’t talk about with someone who’s newly experiencing the end of a commitment. I was taught that you don’t talk about relationship status changes, relationships are private and if someone wants to talk about it, that’s their prerogative.

But I know for my personal experience, just being around other people was hard for a time, and the fear that they’d bring it up would drive me to panic and tears. The status of my relationship with KnyghtMare was not something I wanted to talk about at all. It didn’t matter if I was with a best friend of years, it just wasn’t the right time. Even now, 8 months after the event I am still having a hard time putting this article together but I feel it needs to be talked about. No one I talked to knew how to handle a situation where a friend became uncollared and less so if the relationship wasn’t over at the same time (KnyghtMare and I are deeply in love and married, it’s just the D/s that’s having issues).

I’ve taken some time to think about how to handle sensitive situations such as mine so that hopefully you’ll be more aware of the delicate nature of an uncollaring and how to treat the person with a respect for their privacy and yet allowing for them to talk about it if they desire.

What is the Etiquette?

To be honest, there’s no solid etiquette for this specific situation, but I did find etiquette related to when someone stops wearing their wedding ring or is newly going through a separation or divorce that can lead to some insight. As I’m sure you are aware, it is a sensitive situation. You may know both people in the new broken D/s relationship and don’t want to show favoritism one way or the other. Maybe you are just so curious as to how it happened and you want to support your friends. Either way, knowing how to handle the situation with delicacy is a great way to maintain your relationship without stepping too close to the emotions behind it. Here are the top bits of etiquette from those situations that I think might help the most.

I know you are dying to find out what happened. It’s human nature to be curious, but some people are just more private than others about their relationships and private lives. That is after all where the term came from.

It also protects the person from having an emotional outburst in public, which was my greatest fear. Especially since I was attending things with KnyghtMare. The only solution I saw to that was complete avoidance of social interaction until I was emotionally ready to handle any questions. Others may feel differently.

Other than gossip being a negative habit, it’s very disrespectful to talk about someone in ways you may not when face to face with them. Gossip is often used to belittle people to make you or the group increase their own sense of worth or entitlement. If someone approaches you to gossip about someone, learn ways to stop them in their tracks tactfully. You can simply leave the conversation or a more direct way that you can respond to people who gossip is to say, ‘This conversation is starting to feel like gossip to me, which makes me uncomfortable, so let’s talk about something else.’

Say you’re friends with both people in the relationship that ended, the Dominant has shared their thoughts on why it ended but now you are talking with the submissive who has kept silent. Respect their decision to not say anything. And simply because you already have on person’s side of the story does not mean you can make assumptions to the whole of the situation or pressure the person to talk by revealing that, “Dom” talked to you already about it.

Discretion and courtesy are appreciated. The collar may have been an outward, very public symbol of the relationship, but the removal of it is still private and you may want to take a moment to think about how they might feel if you bring up their missing collar. If they are anything like me, they will appreciate the silence until they are ready to talk.

Lessons in Submissive Speech 11: Topics to Avoid with Other Submissives