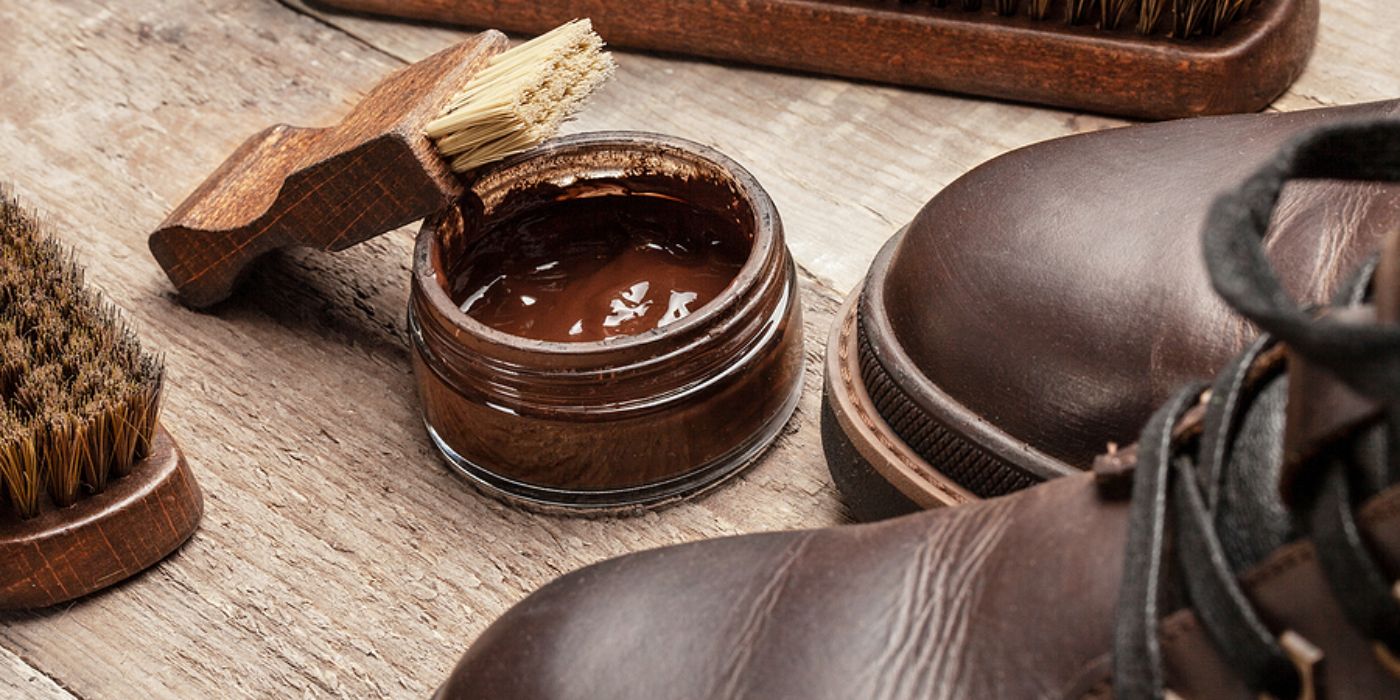 I learned to shine shoes from a marine that I worked with. He's now deceased, but he made my initial time in the cemetery (yes!) adventurous; my nickname for him has been (and remains) "Professor Clump". Anyway, I had a pair of SAS leather shoes that I needed to shine up, and I mentioned it to him and asked what I should do. He kept it simple; told me to get the polish in the tin and not the liquid polish - saying, "That's just crap." He instructed me to set the polish on fire, put the lid back on to snuff the flame, and use the wet (or softened polish) on the shoes, sprinkle with water, repeat, and then buff. So, I set out to Walmart and got the Kiwi shoe polish... The rest is history.

Up until last year, I had only polished my own shoes. I was attending an event with my Sir, and I wanted to be able to provide the best service possible for the entire weekend. I have physical limitations, so I often feel that I need to be creative in my service. I can't tote a bunch of bags; can't do Herculean feats (though in my mind, I believe I can); can't run (hell if I know why I would need to for service, but you never know!). Finally, it just popped in my head, "I can shine up his boots!" Once I had made up my mind, I did a practice run on my shoes just before leaving for the airport, packed my 'equipment', locked my bag, and headed out to meet my destiny.

When Sir arrived, I asked if he needed me to take care of his boots. Initially, he said he would get one of the bootblacks to do them. Surprisingly enough, I was touched with a twinge of disappointment. But don't fear I'm determined. I thought I'll just ask again later. But I didn't exactly ask. I simply said, "I can take care of your boots, Sir." He looked down at me and said, "So you know how to bootblack?" "Have you seen my shoes?" He didn't bother to look at them, he just said, "Ok," and went on about his business. Yes!

Before I began, I was asked by a friend what do I use to bootblack. I responded, "Cotton socks, water, shoe polish in the tin, and a pair of cotton panties." She had to laugh. She said I was doing it folk style. At the time, I had no brushes (but I've since acquired one), no fancy technique or anything like that, just socks and panties - both having been used in the past by yours truly.

I won't bore you with the step by step details of what I did. However, what is of key importance for this writing is what I felt.  I was extremely focused, calm even. There was an intense feeling of determination. My understanding is that I was contributing to Sir's uniform; his appearance; and I wanted him to look sharp! I didn't want to leave any detail unnoticed. It wasn't the fact that I was using my panties and socks that made the blacking erotic for me. It was the depth of emotion and surrender that I experienced during the entire process. I loved his boots as an extension of his being. I showered the leather with surrendered affection and a slave's unwavering devotion. I poured myself into the experience in a way that shut out everything else. In that moment the world beyond those boots and myself was a void.

I never expected to feel as I felt when the blacking was completed. Nor did I expect to experience so much pride in my work. What I found most fulfilling was the buffing process. There’s something about seeing a glimpse of the shine and then the full out shine. OMG! I was giggling like a school girl!!  I could see my reflection, I could see other reflections. I thought that was just a myth! But, what was even more intoxicating was seeing the final product on him with his chosen uniform. I was so proud of what I had accomplished; I had set a standard for myself. And I want to be able to live up to that standard and exceed it if/when possible.

Worshipping his boots... That was an unexpected side effect of a job well done. I spent much of the evening looking at his feet as we went about our way. As he played, I drank the image of him from head to toe. I watched those boots with such intensity and desire. Inside, there was a yearning to complete the process. First, blacking, then worshipping. I had done this; I had initiated this chain reaction. When we finally had a chance to have our session, it was intense and powerful. I felt raw and bare before him. A single motivation pressing before any other - to worship his boots with my entire being. I requested that we go to our room so that I could do so. It was my first time at such and I needed the space to be sacred with just the two of us. I made my outer match what I felt inside. Before him I kneeled, stripped of any barriers. I lowered my head to his left boot first, a moment filled with symbolism for me. I placed my forehead on the tip of his boot... How serene... Nothing was off limits. I kissed and licked his boots. I used my face and hands to massage the leather. I was giving him a visual of my surrender, and I was at peace in that moment doing just that. When it was all said and done, I stood before him receiving his kiss and most importantly his approval.

Bootblacking and Why I Love It

The Art of Foot Worship