A Submissive’s New Year’s Resolutions: Reviewing and Updating your Checklist

When I first discovered my submissive side, Sir gave me a BDSM checklist to fill out. It was a spreadsheet over six pages long with categories such as sex, bondage, S&M, role-playing, and toys. The columns include basic yes/no/maybe options, as well as soft/hard limit and “only with Sir.” The list was so comprehensive and extensive that it exhausted me to look at it. I didn't know what most of it meant, and it took several long conversations with Sir to work through it all. There were lots of gasps and giggles during that discussion. Evidently, I had a lot to learn.

At first, the answers to my checklist were pretty basic. If I knew I was okay with something I said yes, but since so much was so new to me, I was listing more “no” and “maybe” answers. Over time I grew more comfortable with more things, and that’s why I need to keep the list updated. For example, when I started out I’d never tried anal sex before but I was open to it. It was a “maybe” and “soft limit.” Now it’s a big “yes.” And Sir knows how much I enjoy it. In the same vein, I was quick to say “no” to anilingus of any sort but Sir explained it and painted a picture that was more realistic than what my vivid imagination had in mind. I changed that one to “maybe,” and while I still haven’t tried it, I’m now at least open to the possibility.

The checklist has been a great way for me to connect with Sir. He can see when I make changes to it (the document is kept in a shared drive) and then we can discuss things as they come up. What amazes me is how many things have now become the norm since I first filled out the checklist. The more I’ve grown in my submission, the more I want to try new things, and as a result, the checklist has evolved right along with me. Many of the “no” items have now moved to the “yes” or “maybe” columns. The checklist is a great tool to track the progression of your submission.

What’s more interesting to me, though, are the things that I've decided need to remain “no” and “soft/hard” limits. I make no secret that my last vanilla relationship left me scarred. Sir has done so much to help me overcome my issues, but now and then my fears and roadblocks return to haunt me. Two examples come to mind: oral sex (where I’m on the receiving end) and poly play. When I was in my last vanilla relationship, oral sex was not something I knew. While I was often on the giving end, I was never on the receiving end, and as a result, I have issues feeling comfortable with it. I’m sure there’s some deep explanation about why I feel the way I do, but the bottom line is that while I enjoyed it when Sir did it, I was never really comfortable because of my past. I don’t want my discomfort to be an issue when we play, so I recently decided to move oral sex to a “soft limit” because I can’t get past my feelings. Similarly, I have a very hard limit when it comes to sex with anyone other than Sir. Playing is one thing, but I do not want to have sex with anyone else. LunaKM wrote a great article called " Sexual Exclusivity in Poly Relationships--Is It Possible?" on SubmissiveGuide.com that helped me wrap my head around my place when Sir wants to have sex with other people. I’m totally accepting and supportive of his decisions, but it’s not something I want to do. This is one of the few areas that I’m fairly confident won’t change. My issues with receiving oral sex might work themselves out. The key here is that I’m taking the time to revisit my checklist so that Sir knows how I feel about these things.

We all know that communication should be at the core of every D/s or M/s relationship. Sometimes it’s hard to have these conversations, and so the checklist is a great ice breaker. I also suggest that you and your partner have a place to list things that need to be discussed (Sir and I have a Discussion Topics document where we can list things that need to be addressed; see his article, “ What Was That You Were Saying?—Discussing Items to Discuss” at DominantGuide.com) so that the conversation isn’t forgotten. Taking the time to review your checklist with your Dom/me or Master is also a great way to make sure you’re both still on the same page.

It wouldn't be a bad idea to pull the checklist out again later in the year, say around July, to take another look. It’s a living document that reflects long and short-term comfort levels and preferences.

Have you revisited your checklist lately? Were you surprised at the changes? Talk about it in the comment section! 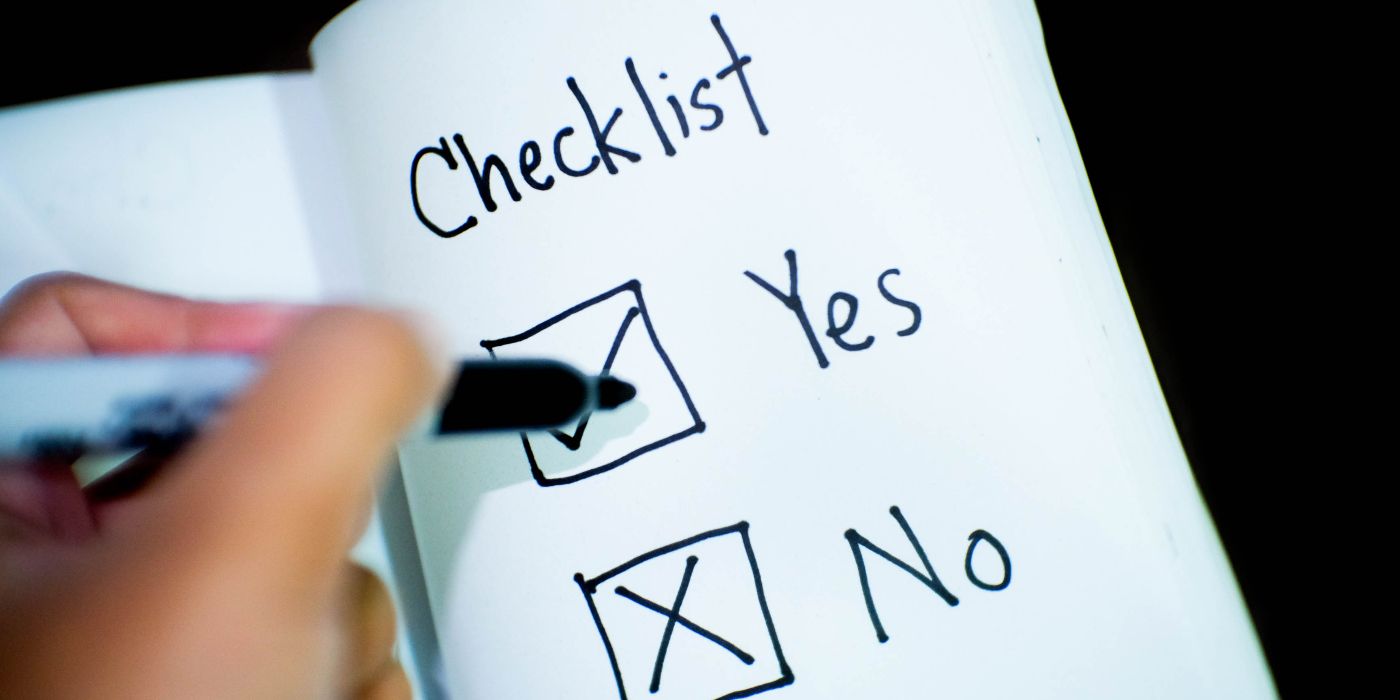