Polyamory: Adding The Second Submissive - Branching Out Into Poly Relationships For The First Time 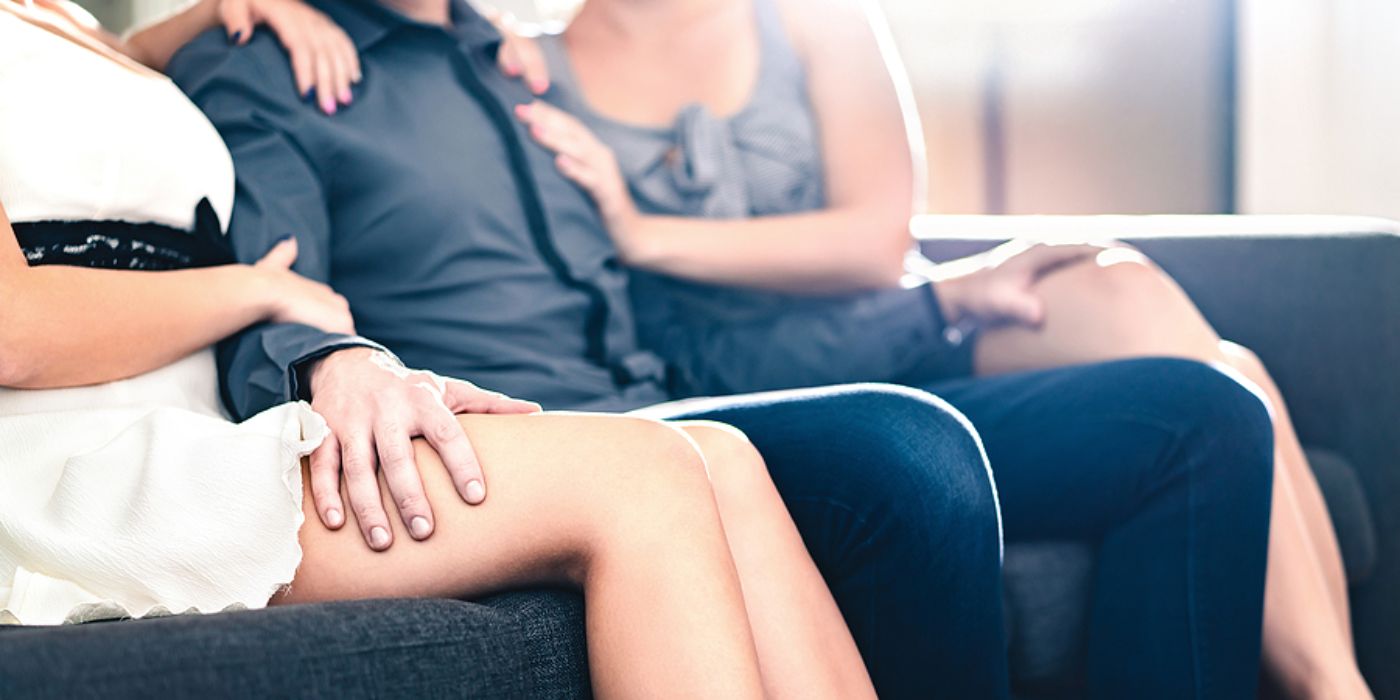 If you had asked me six months ago if I was into poly relationships I'd probably say no. KnyghtMare and I are happily monogamous and have been so for 8 years.  He's had play partners, but never with any sex so I still considered us monogamous even if the real definition was something along the lines we had already crossed. It was really a hybrid of monogamous (I don't play with others) and polyamorous (KnyghtMare's play partners). Then froggy entered our lives.

She's been a good friend of ours and attended our wedding last year. KnyghtMare played with her several years ago when her own Dominant at the time lived far away. The chemistry worked really well with them and I enjoyed watching them play. In the last six months, KnyghtMare and froggy have played together again and on a deeper level. I've even been comfortable with adding more sexual contact between the two of them. It may never be full intercourse but I'm comfortable where it is now.

How did we move from monogamy to a form of poly relationships? I don't think it would have ever worked if I had any trust issues with KnyghtMare or that the commitment between he and I wasn't as strong as it is. He's always said that I'm more than enough - but if you read Submissive Guide at all you'll know that his sadism is way above what masochism I can provide. Play partners were the solution for that. It worked well with the boundaries I set for agreed play and he got what he needed. It fulfilled him.

Re-engaging with froggy has been different in that there is a connection between all of us. She's a great friend and I love hanging out with her. She and KnyghtMare have a great connection and she can offer him things that I can not. I feel no jealousy or competitive nature towards her. The relationship feels so natural and comfortable. I couldn't have wished for a better relationship dynamic than what exists between he and I and froggy and KnyghtMare.

I've had to have a lot of internal dialogue as far as how I feel about him having other partners that would mean more than just a play partner and it really comes down to the fact that I trust him to respect me and still hold me as primary in his life.

It's become clear that the two may someday become Dom and sub instead of play partners. I'm happy with that too. He's good for her and she's good for us. I know that sounds odd to some but there are benefits to having someone else in your life on such an intimate basis. All those little wants that have to sit idly by can be explored, you can possibly progress to other avenues of personal happiness.

Am I delusional about the possible pitfalls of this new relationship? Absolutely not. KnyghtMare and I talk about the possibilities on a regular basis and my concerns are always addressed seriously. He listens to me. I don't doubt that if we started struggling as a result of his relationship with froggy then he's going to fix our relationship first.

Adding another to a once closed relationship has been a learning experience and one that I'm sure I have more to explore and understand.  For now, I think we are on a path to even more happiness than I could have imagined.

Sexual Exclusivity in Poly Relationships - Is It Possible?

Poly Conflict: Feeling Like a Third Wheel in a Triad