Hard and Soft Limits? The Sooner You Know About Them The Better 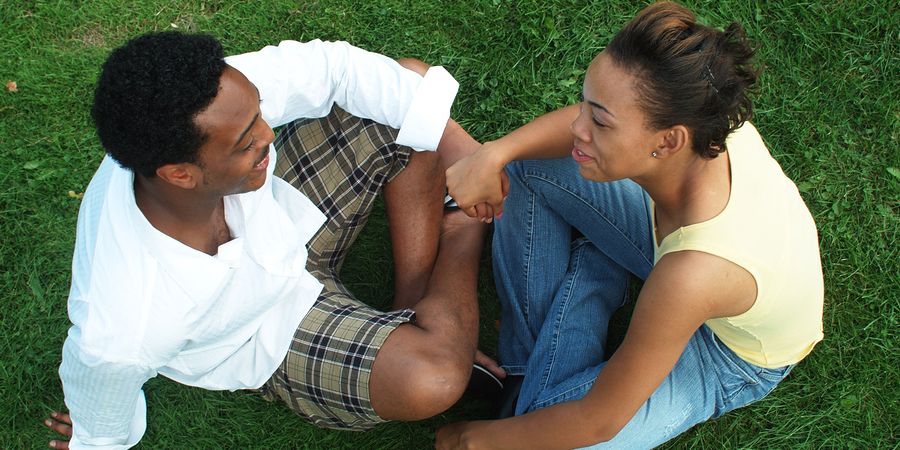 As a submissive, one of the first things you will be asked by almost every Dominant is: what are your limits? You will encounter this sometimes in chat, in play, and when negotiating a relationship with a new Dominant. If you are playing with a new Dominant and aren’t asked this question, my advice is not to play with the person. I have heard Dominants say that they don’t play with safe words or limits because they know what they are doing. How can a Dominant know if you have health issues or triggers or are just plain terrified of something unless you tell them? You have the right to protect yourself, whether you are playing SSC (Safe, Sane, Consensual) or RACK (Risk Aware Consensual Kink).

(Note: There are slaves and submissives who practice ‘no limits’ in their established relationships. Please check the Submissive Guide for articles on that topic).

So what are limits? A limit is something you do not wish to do, whether by choice or necessity. Limits establish what you will or will not allow for yourself in play or serving, and it could even extend to any interaction with a Dominant.

A hard limit is something you will not do under any circumstance. For me, that would include scat play, age play, or being turned upside down or spun when tied. Many limits are established by the submissive due to a value objection – either something that you feel is against your moral code or that you are squicked by (“ewwwwww”). Other limits are due to health objectives – spin me around and I will barf. I promise to aim for my Dom’s shoes if He makes me.

A soft limit is something that at this time you do not think you want to do, but perhaps your Dominant can convince you. Or it may be something you will only do with a specific Dominant, or in a specific play situation. For me, that might be an interrogation. Interrogation squicked me from the beginning, but I have since done a private scene with my Master. It is extreme edge play for me, and not only takes a lot out of me but it has lasting effects, and so it remains a soft limit.

How do you establish limits when you are new and don’t know all the possibilities? A potential Dominant may ask you to fill out a BDSM checklist. There are many checklists online, and several articles in the Submissive Guide to help you get started. I had to fill one of these out when I started with my Dom. I was very very new to the scene and had an interesting and somewhat shocking meeting with Him while He explained what a lot of the terms meant. There were a lot of activities that I could not figure out why anyone would want to do them. I had no objections but they were not of interest. Why would anyone want to ‘act as a table’? I have since done that in a couple of scenes and both times it ‘worked’ for the scene. Some activities I definitely wanted to try and some were a definite NO and hard limit.

Whether or not you like or dislike an activity is a matter of personal choice, taste, and experience. I was filling out my checklist with someone looking on who did not understand why I would fill in that I liked my hair being pulled. In a vanilla setting, hair pulling would be a bad thing, but many Dominants use this as a power move. It becomes a sensual thing rather than ‘ouch, stop that!’ It’s ok if something doesn’t seem to your taste. Explain your fears, objections or dislikes to your Dominant. Don’t be afraid of remaining open to possibilities, or keeping your hard limits. It’s your journey!

These limits (even the hard limits) do not have to be set in stone. You may decide to review them once in a while as you see interesting scenes at parties, or expand your risk acceptance. Breath play was a hard limit for me in the beginning, partially due to health and partially to fear. I now participate in short sessions with my Master, and it rarely fails to send me into subspace. One form of suspension which was not a limit triggered such a massive panic reaction that it has become a hard limit. Your limits will change as you experience, grow and change.

You can have limits and still submit to your Dominant. It is simply a matter of communication. I do not tell my Dom ‘No, I won’t allow you to do this’. I tell Him the reasons why that activity is not going to be a good idea for me. Sometimes as a mindfuck He will threaten to do it anyway, but I trust that He will keep my safety in mind. One of His main rules is ‘ Protect the toy’, and I know by being clear about my limits that I am following His orders. My Master has also pointed out that He likes me to go a ‘hair’ beyond my limits. He wants to take me out of my comfort zone and expand my horizons. Your soft limits will often be challenged and influenced by your Dominant. In a good match, it will seem that you have no limits because your limits are the same as your Dominant’s. This is a wonderful place to end up as you will be safe to explore a huge range of activities with your Dominant.

No matter where you are in submission, learning about, evaluating and re-evaluating your limits is a part of growth. Don’t be afraid to have limits and don’t let anyone tell you that you shouldn’t. The more aware you are, the safer you’ll be.

Limits: Drawing That Line In The Sand

What To Do When You Encounter Limits Mid Scene