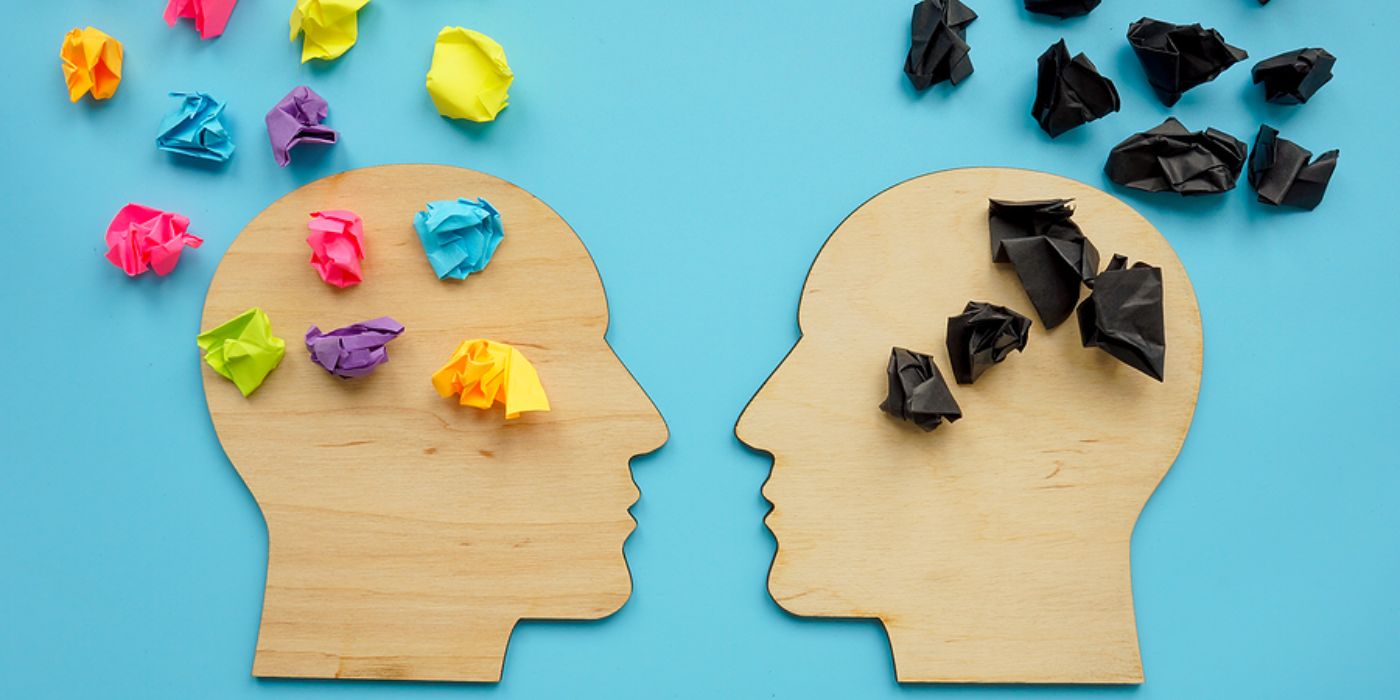 Last month I told you about a model I'll be using to help you coach yourself into a better submissive space called the CREATE Model. It has worked for me to begin the internal work on the parts of me I'd like to change. Today we'll talk about one of the steps of the CREATE Model - Replacing negative thinking.

You can't expect negative thinking to disappear overnight. But you don't have to continue to believe the hype that your brain is feeding you. Once you learn to master and manage your beliefs you'll be well on your way to a better submissive journey with greater success.

When I was a  young teenager I was determined to believe that love and happiness only existed in fiction and fantasy. I would spend hours writing poetry and stories that emulated what I wish I had in my life. Despite having a really low self-esteem and thinking that control was the only way to get what I wanted in life - the result of being abused - I pursued a life where I could be loved and happy.

Even though inside I felt like I wasn't worth anyone's time I knew that someone would be desperate enough to love me. Yes, I thought that since I was obese that only the desperate would find me attractive. My need to control every aspect of my life made the men I shared my world with timid and weak and under my thumb. When my ex-husband proposed to me I asked for a birthstone ring because I believed that nothing good would last and that at least I'd have something I could wear when it ended.

Now even though my negative thinking didn't stop my life from progressing to marriage and a sense of happiness I placed a lot of limits on just how things were going to work for me. I became overburdened with work and controlling the relationship that my dreamed happiness faded further from memory. I sunk into a depression that almost ended the only relationship I ever felt I would have. Two years into the relationship I believed that I would have to settle with the unhappiness that now filled my day because I wasn't worth anything more than what I could control my way into.

Only when I started to realize that the control I was needing wasn't for me to initiate but for me to receive that I began to climb out of that hole and make the changes necessary to my life that has placed me where I am now.

Before you start nodding with agreement, knowing exactly what I'm talking about let me teach you something I've only recently learned. There is a part of your brain called the amygdala that stores lifetime memories of your negative experiences and emotions. The amygdala acts faster than your thinking rational brain, which tends to work out if something is substantiated in fact or not. The amygdala makes you believe that those negative experiences will recycle and you are again under threat. That's why you believe the negative thinking, your logical brain has been too slow to tell you the truth of the situation.

It is within your power to change your beliefs. As soon as a negative thought shows itself it is your job to find evidence to disprove it. It will really help if you write this evidence down. Say, for example, you're having problems believing that you deserve a kind and loving Dominant. Write down a list of times in the past that you have evidence of knowing a kind and loving person. This might be a past relationship or a relationship within a group of friends. Be very specific about your examples and list names, places and at they did.

On a regular basis in your coaching journal make a list of daily or weekly achievements, no matter how small they are. The more evidence you have that you are reaching your dreams, the less power that negative thinking will have on you.

Get used to quickly replacing your negative internal dialogue with positive dialogue. Be neutral. Instead, imagine a conversation that goes something like this, "I'm feeling really down and stressed out. I don't think I'll ever make a good submissive. I think I'll just give up." Quick as you can, replace those thoughts with a new response that is affirming. "I will make some time for me today and refocus my mind. I'll take some time for me and relax and then I can come back to my submission stronger and more at peace." Repeat this as often as you can to help you shut down your negative thinking. You are worth it.