Kink and Mental Health: The Ethics and Legality of Consent

I've been putting this subject off, and I'm still sort of waffling on moving on to something else, but that's mostly because, I'm not a legal professional, either.  On this topic, in particular, I can only speak to my opinion, experience, and tenuous understanding of the law in New York State, and really don't know anything about the laws anywhere else.  Be aware that I've done minimal research on this subject because to enter into a binding agreement, and have that agreement upheld in a court of law, it must not be trivial, indeterminate, impossible or illegal.  Slavery is illegal in all fifty states.  Owning a human being, even if they've given you consent to do so, is illegal.  That, by itself, makes any slavery contract null and void.  So, really, the legality of a mentally disabled person consenting to be a slave is inconsequential.  None of us can legally consent to be a slave.

One thing I've noticed, with regard to BDSM cases in the media, is that regardless whether or not the law allows for consent, it's usually the first question the media asks.  Did the submissive consent to whatever gave the police cause to arrest and charge the dominant? Followed by the question of whether or not the submissive revoked said consent by use of a safe word or some other agreed upon protocol.  I think it's due to this, in part, that the occasional DA will decide against trying to convict a dominant who's been arrested for domestic violence.  Because with the right jury, in the right venue, if you put a victim on the stand, and he or she says, "I told him he could do that to me." that's it.  Forget that set of steak knives you were hoping to win at the office Christmas party.  And honestly, that's a step in the right direction, from where I sit.  I mean, not too long ago, no one but us kinksters cared if the person consented.  And there are still quite a few DV classes that tell their students no woman would ever enjoy being hit.  That all women who say they do have been brainwashed or are too afraid, to tell the truth.

Not all that long ago, "Master Ed" Bagley, from Missouri, was arrested on charges of sex trafficking and forced labor, among other things, when a woman he considers his slave was brought to the hospital in cardiac arrest.  The prosecution alleges that Master Ed and four other men tortured a "mentally disabled" woman against her will.  Master Ed, the men, one of the woman's coworkers and Master Ed's wife claim the girl was not being held against her will, and in fact, bragged frequently, and openly about her life.  And while nothing I've found has discussed the nature of this woman's disability, the case has sparked quite a few heated discussions about whether or not someone who is mentally disabled in any way can consent to be involved in a BDSM-related relationship.  I mean, there's often a clause in most contracts that discusses being of sound mind and body, isn't there?

There's something to be said for the worry that someone with mental disorders may just one day change their mind, and decide to say it was the mental illness that made them do it.  And there's always the possibility that, with some mental disorders, the illness did make them do it.  Either because they got too caught up in the moment, and lost sight of reality, or because they have one of the many mental disorders that cause people to dissociate, or waffle from one extreme to another, or... something.  People with borderline personality disorder are known to enter extreme situations for attention, or the high, so why not kink, too? But does that nullify their ability to make educated decisions, and consent to be involved in BDSM?

The honest answer, here, is that it really depends on the people involved, because it all comes down to diagnosis, personal beliefs, and ethics.  With the state of the mental health profession, that's really all the answer can be.  No one agrees on anything, and with so many misdiagnoses, and benefit-inspired over-prescribing, it's not always easy to find out what's wrong with you, much less learn how to treat it.  And some people firmly believe that if you are mentally incapacitated in any way, you can't be trusted to make your own decisions.

I call bullshit, and I'm here to tell you that it all comes down to diagnosis, environment, and how the person was raised.

I was raised to accept responsibility for all my actions, regardless of what caused them.  A person driving drunk who kills a pedestrian is still a murderer because they got behind the wheel inebriated.  By that logic, a person who knows they have mental issues, unless they are beyond all functionality, should do what they can to be sure their eccentricities don't affect other people in a lasting and negative way.  Be that by seeking treatment, or learning coping mechanisms, or even just warning those around you that sometimes you can be a little nuts.

I know we can't all control our issues.  I know sometimes shit happens.  But that should be the exception, not the rule if we have the ability.  Let me emphasize the "if we have the ability".  I am in no way, shape, or form saying that everyone can control their mental health issues, and I'm not trivializing how painful that can be for those of us who can't.  I am saying, however, that we should at least give it a shot before throwing the towel in, and using it as a crutch.  But that's another topic for another post.

a person with mental health issues commit themselves to a D/s relationship? Just like people who don't have mental health illnesses, if they feel they are in control of their faculties and can make a sound decision, then by all means! It's my belief that no one should ever let anything hold them back unless they want to be.  If they're schizophrenic, and they want to be involved in kink, then they should go for it, whatever that entails.  If they're on an even keel and are capable of functioning within society, then far be it for me, or anyone else, to stand in the way of progress.

a person with mental health issues consent to a D/s relationship? Absolutely.  Most people with mental illnesses are no less capable of telling you what they want than the chick next door who's "completely normal" by society's standards.

Should people accept this consent, and/or should it be accepted legally? Yes.  Those of us with mental health issues aren't stupid.  We're not devoid of the basic human need to socialize.  In most cases, we're perfectly capable of telling someone where to stick it when we're not interested in their version of fun.  And when we're capable, we should be allowed.  Otherwise, it's discrimination, plain and simple.

Kink and Mental Health: The Background

Kink and Mental Health: Can “sub drop” be a trigger? 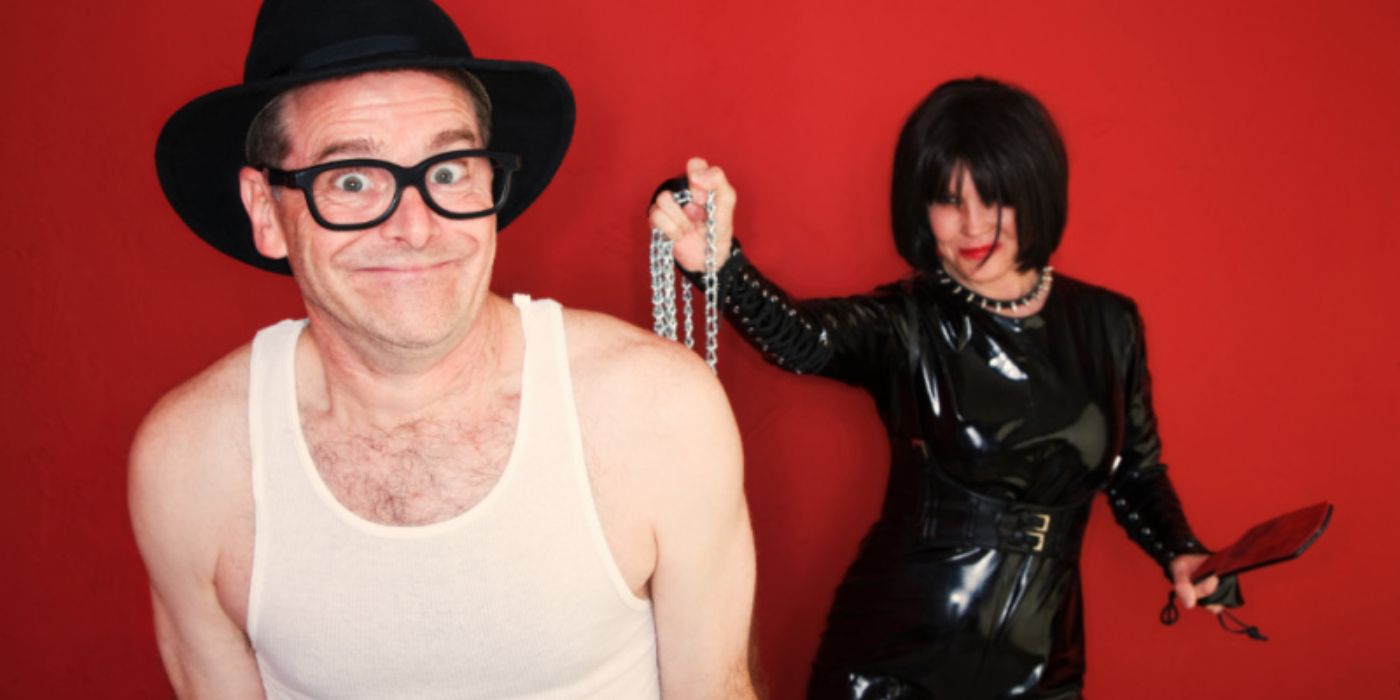