I don’t know what it is, or why, but recently, I’ve been seeing a lot about fear. In a regular email newsletter I get, I came across a quote by Jack Canfield “Everything you want is on the other side of fear.” and seeing that hit me like a ton of bricks. Then, a few months ago, Mrs. Darling started one of her weekly discussions in the Submissive Guide Fetlife group about fear in submission (it’s a really great discussion and if you haven’t checked it out, I highly recommend that you do!), and then in February's newsletter, lunaKM touched on the topic of fear as well. This is a topic that I’ve been wanting to write about for awhile, but wasn’t sure about it, but with all these signs from the universe, I felt it was time to sit down and do some writing.

Fear is an extremely strong emotion. It is also quite powerful as well. While we’re at it, fear is probably one of the most unpleasant of emotions. Well, maybe not. I’m one of those people who love watching horror movies and going to haunted houses to have the bejezus scared out of me. But then again, that kind of fear isn’t so bad because it’s in a rather controlled environment and deep down I know there’s no real threat. I don’t know too many people who like to be scared in a non controlled environment, like in real life. Fear can be good, because it makes us take a moment and stop and think about what we’re about to do, especially when that thing we’re about to do is stepping out of our comfort zone. Making the decision to submit, is definitely one of those decisions. No matter how much we really want to submit, it’s not an easy decision to make.

When you finally make the decision to submit, there’s a lot of decisions to be made, a lot of major decisions. Not only do you have to decide just how much control you’re willing to give up to your partner, but living situations, job situations, and the combining two or more schedules. Not to mention the decision deciding how open to be with family and close friends about the true nature of your relationship or how to deal with these people if they accidentally find out. These all are extremely fear inducing situations, and because of the fear, it stops a lot of people from making these kinds of choices.

While having to move to a new area and start over from scratch is always scary, in my opinion, making the decision to submit to another is even scarier. Both men and women a like are taught by society that it’s wrong to submit, that it’s a sign of weakness, that we don’t need someone to take care of us or tell us what to do. It’s hard to fight against those societal norms that are engrained into our heads ever since we were old enough to start hearing them. It’s terrifying to give up control because we spend so much time learning how to be independent, to stand on our two feet. To all of a sudden have someone deciding just how much coffee you can consume and how you’re dressing is a huge change. On one hand, we as s-types want this. We have that burning desire to give up control and to hear that ‘good girl’ when we’ve pleased our owners. But on the other hand, we fight against this. We have these internal dialogues and conflicts with ourselves thinking there was nothing wrong with how much coffee I was drinking or nothing wrong with picking out my own clothes. We want to lash out and fight against our owners. For me anyways, when that happens, that’s the fear speaking up. The fear of losing the person we are. That instead of being our own individual, that we’ll become some mindless drone like version of ourselves. That we’ll lose our voice, our thoughts, our opinions. While yes, in an abusive relationship, those kinds of things happen; but in a consensual power exchange relationship, that doesn’t happen. Yes, our owners shape us to what they want us to be, but they do so without taking away our individuality.

When we give into that fear, allow fear to hold us back, we stop ourselves from being the people we can really be. Fear stops us from being the submissive or slave we know we can be. Trying a new kink or even being accepting of other people’s kink(we can all watch the news and see how easily fear of something or someone different breeds hatred), learning a new skill, breaking an old habit(we all know how much people fear change, even if it’s for the best), and anything else we face in life.

Four years ago, I had a decision to make. I wanted to be with Daddy, but for that to happen, I would have to move halfway across the world, leaving behind the majority of my stuff (I can’t even put into words how difficult it was to leave behind my books and stuffies!), my family and friends, and the culture I grew up in. Not to mention, having zero idea of what to expect once I arrived in Germany. But I knew if I stayed in the comfort of my bubble and gave into the fear I was feeling, that I wouldn’t be able to serve the man I wanted to, to the fullest of my abilities. Yes, we could have done a long distance relationship, but that left both of us unfulfilled and that wasn’t something either one of us really wanted. So, I faced the biggest fear I have ever faced in my life. I put myself in a situation where I was 100% dependent upon Him for everything, including speaking for me. I can’t tell you how scared I was. Never in my life had I ever been that dependent upon anyone in my adult life. I knew even back then, that if I didn’t make that decision to face my fears and move, I would never be happy and with the man I love and chose to submit to.

Submitting is scary because of all the unknowns and changes. All those unknowns and changes breeds fear. Facing and dealing with fear are not easy things to do, and things we as humans try really hard to avoid doing. Ultimately, looking your fears in the face and going after what you want, is totally worth it in the end.

Is Male Submission a Form of Weakness? 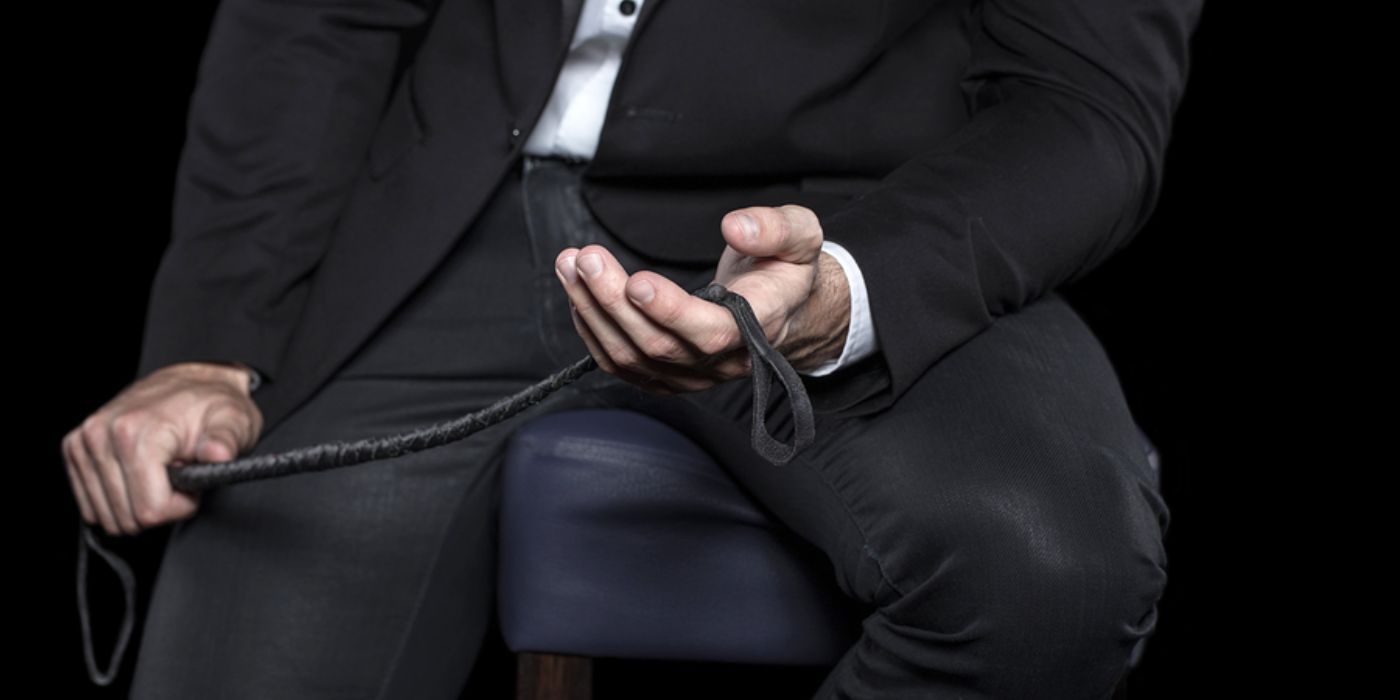 5 Myths About Dominants You Need To Know