Stress in Play with Predicament Bondage 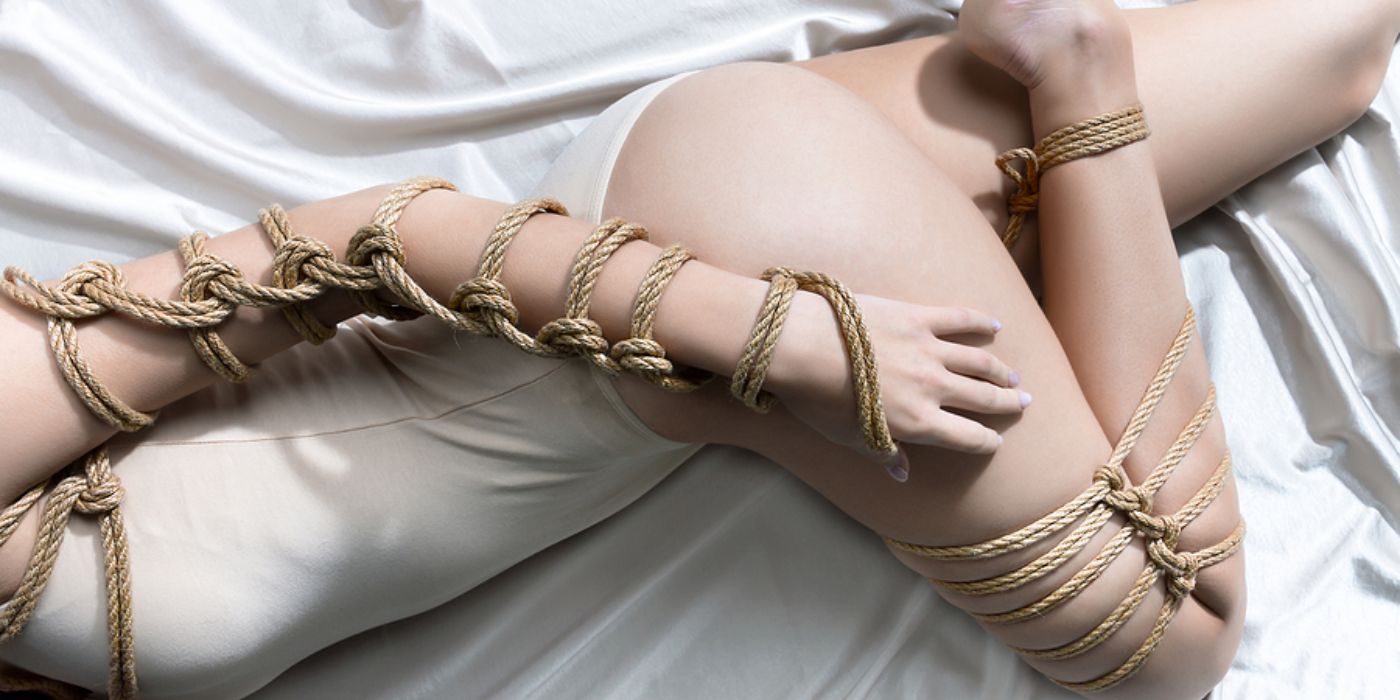 Predicament bondage can be simple or complex and playful or painful. It relies on the skill and evil imagination of the Dom/me to set up a position where your body is essentially going to punish itself. Picture your Dom/me pulling your hair to lower you to the ground. The hair pull is a simple illustration of a stressor. If you don’t lower yourself, you will be in pain.

This scene inspired many fantasies for me, so I was thrilled to find out my Dom was particularly interested in and skilled at predicament bondage. He uses opposing forces on my body to create possible painful situations and then makes me move against those forces. One particular scene involves being chained on a ‘pony’ which is suspended from a rail. I am placed on tiptoes straddling the pony and chained to the rail with my arms above my head. This causes the same sort of stress as in the scene above, where if I am tired, I end up resting on the pony, which basically bites into anything resting on it. At the same time, He clamps my nipples to the chain in front of me that suspends the pony. He then proceeds to whip me with a single tail. If I pull away from the whip, I pull the nipple clamps tighter. If I move towards the front, I end up sitting harder on the pony. If I move sideways, my arms are pulled. And a good time is had by all!

With predicament bondage, the Dom/me can use outside forces, such as a whip or paddle, or inside forces such as the sub’s own body to create the stresses. The scene can be created with bonds such as ropes or chains, or without, as in the erotica novel scene above. The important thing is to create the struggle where the sub’s body betrays itself.

It is a good idea to start with one stress, perhaps a fun one like standing over a dildo on tip toes and trying not to get impaled, and then work up to multiple stressors on the body. Sometimes it can be a bit overwhelming for a novice sub to deal with so much input on her senses at once. At first, it is best to be able to communicate your reactions fully with your Dom/me, and then work up to silent (or screaming) scenes where your Dom/me can sit back and enjoy your struggles. Remember: “You are an Evil Sadistic Bastard” is not a safe word.

With predicament bondage, the Dom/me must be extra careful to keep the sub safe, as there are many forces being enacted on the sub’s body all at once. There is so much sensory input that it is easy for the sub to lose track of whether her hands are losing circulation or her toes are numb or her nipple is about to fall off and be grabbed by the cat for a play toy. The Dom/me must keep checking colour and temperature of extremities, and tightness of bonds as the play may inadvertently tighten them. It is a good idea to use quick release knots or carabiners rated for mountain climbing. Don’t use the cheap ‘toy’ carabiners as they are not safe for the weight and stress which can be created in this situation. This is also a good time to implement a safe word if you are allowed one. Perhaps have a bottle of water nearby as the exertion rate in this type of play is particularly high.

I have a tendency to overheat in extreme situations, so my Dom must be able to remove the bonds and lower me to the floor as quickly as He can. It is no shame if I call ‘yellow’ during such an intense scene; it is just a way for me to preserve His toy so He can play another day. The Dom/me must also take care to remove the bonds in an order that won’t cause damage to the sub. Obviously lowering the pony and leaving my nipples clamped as it was lowered would not be a good idea if He wanted to ever play with them again. That’s not a threat; that’s a reality of real damage that can be inflicted.

Predicament bondage can vary from a playful scene to some of the most intense edge-play that you will experience. Do you have a wonderful predicament scene that you wish to share? Send your comments in!