The idea of hypnotism always frightened me a little. I never thought it was entertaining to watch someone go up on stage and act like a chicken or in some other humiliating way. My Master, however, was intrigued by the idea of using hypnotism in our M/s relationship. I have always felt somewhat self-conscious with role playing and acting out fantasies, so Master thought of hypnotism as a way to relax me and make me feel less self-conscious.

A great deal of the success of hypnotism for me involves being able to focus on my Master’s voice. The first time we played, I was captivated and controlled by listening to Master speak to me between canings, reassuring and calming me. With much of our training, such as training by phone or training to cum on command, I must focus and listen, so I think that makes it easier to clear my head of other thoughts. It is possible that D/s couples who have some time and experience together may find hypnotism easier to practice, due to the sub’s training to follow commands. Peter Masters, in his book “ Look into my Eyes: How To Use Hypnosis To Bring Out The Best In Your Sex Life” writes, “Hypnotising, or allowing yourself to be hypnotized, involves an explicit handover of control”. It is an appropriate tool to use then, in a relationship founded on power exchange! The consent and the willingness of the submissive/ subject is a given, (depending on limits of course) which makes hypnotism much more possible to achieve.

We had not had any sort of training or lessons in hypnosis, but Master had done some reading on the subject. Our most successful experience started with a candle in a darkened room. Master had me sit on the floor in a relaxed position, and focus on the candle and His voice. He spoke of calming things and repeatedly ordered me in a gentle way to relax, breathe, and focus. One thing I can definitely recommend is NOT to hurry in this stage! The Dom may wonder just how long He has to keep talking about relaxing. Lots of doubts may go through His mind: Is it working? Is this just silly? Has My sub gone to sleep? The only thing I can say is to keep going and don’t cut it short! The longer we spent on this stage, the more successful the reactions were for me. The length of time for each subject will have to be determined by trial and error. I need at least ten minutes of relaxation time, and longer if the day has been hectic.

Master watches me as He speaks, and looks for a state where I seem to be almost asleep. For me, the feeling was much like being in subspace. I am very relaxed, totally conscious and aware of my body and what is happening around me. His voice is clearer to me in that state, but I am often unable to respond without enormous effort. At this point, Master will describe what He wishes to achieve. It may be that we will be trying a role play. He will describe the character He wants me to play, the attitudes, and the scenario. We might have gone over the scenario and characters before so that I am familiar with the scene. This makes it easier for me to understand what He wants, and I can concentrate on feeling, rather than learning.

Once the scene is set, Master will slowly talk me back into a ‘normal’ state, whatever that is for me! We will play out our scene and see where it takes us. At the end, Master must ‘release me’. We have found that if He does not do that, I end up feeling like I was pulled out of sub drop too fast. Peter Masters advises that “while you cannot intentionally or accidentally leave them in a trance forever, it is possible to leave them with a headache by rushing through the wake-up, or leave them groggy by not being thorough”. I can attest to that groggy state! Master will stroke me, or get me to focus on His voice, and then tell me how He wants me to feel on ‘waking up’ – usually calm, relaxed, refreshed, or similar feelings. He will count up, and command me to wake up. Now, obviously I was awake before, but this stage definitely seems to satisfy something in my brain, as I feel clearer if He remembers to finish in this slow and calm way.

Reading the paragraph above, you might wonder about the scene. There are many options to enhance with hypnotism - role playing, fantasies, a release of inhibitions, and simple relaxation to advance training. In one scene, Master hypnotized me, then talked me through a fantasy while I was in a ‘trance’. He has taken me through a fantasy without hypnotism, but I found my reactions during the hypnotized fantasy were stronger and less inhibited. He brought me out of the ‘trance’ once the fantasy was completed.

Another interesting possibility for hypnotism is for the sub to use it on her Dom. In a workshop on hypnotism, they recommended that the sub could hypnotize her Dom to a deeper state of relaxation during a back massage. A wonderful fantasy could be described as the sub pleases her Dom. I have not tried that yet, but I am looking forward to experimenting! If you’ve had any experiences with hypnotism, please share in the comments below.

Using the Power of Trance and Suggestion in your Play! Buy This Kink Pack

Purchasing this KinkPack gets you LIFETIME access to all of the following clips: 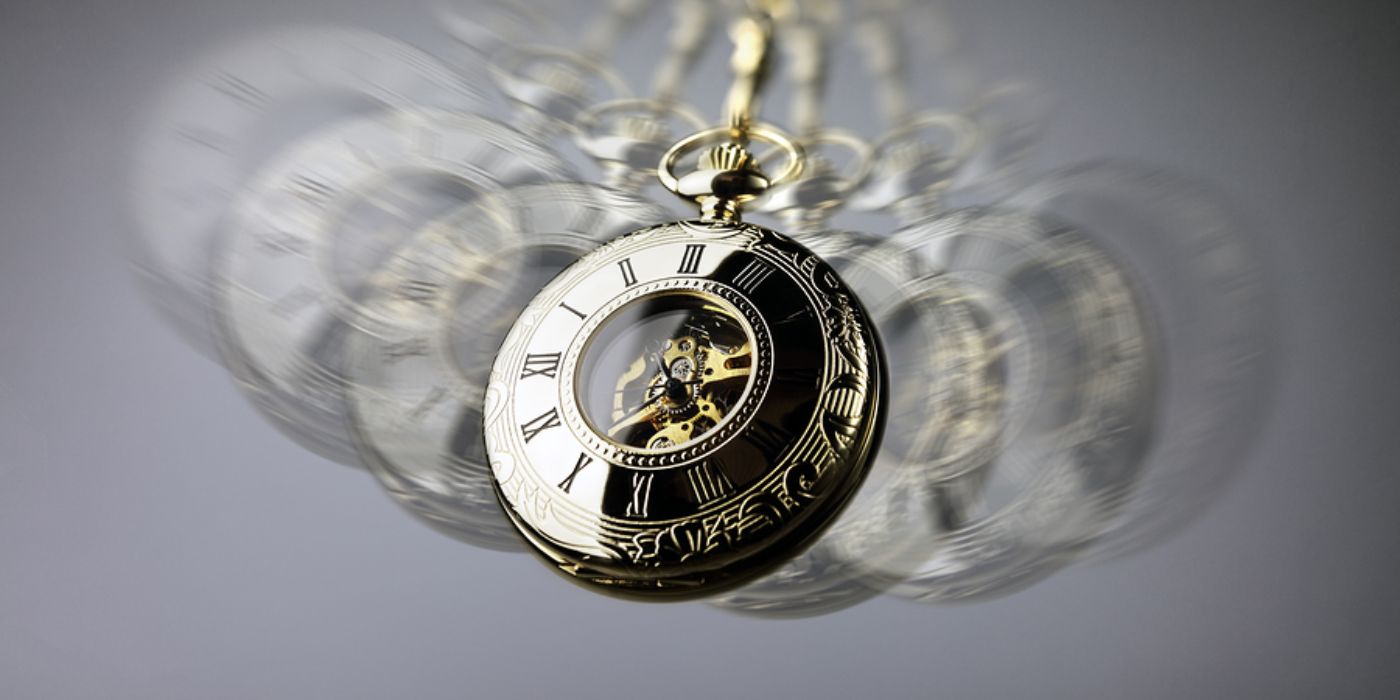 What Traditional Submissives can Learn from Hypnosis Fetishists 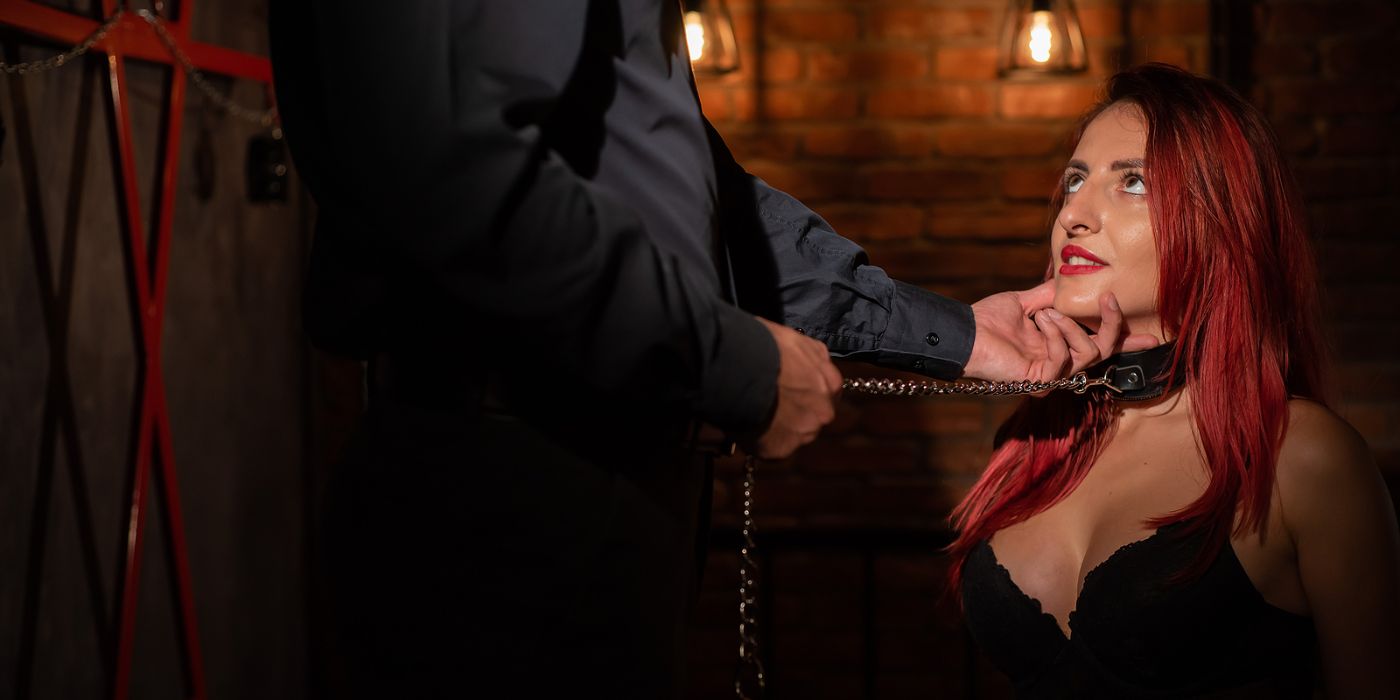