"Is It True That Female Dominants Are More About Mental Than Physical Dominance?"

This question intrigued me. It’s one of several Luna passed along to me, but I don’t know who posted it to her. Whoever did gave me an excuse to look into something new, so thanks.

Since I’m writing from the male submissive point of view, I suppose this question might also be asked as, “Is male submission more mental than physical?” I find the question, no matter how you parse it, to be interesting largely because it’s something I never really considered before. I suppose the implied idea is that the female dominants somehow exert their control vis-à-vis more cerebral or psychological means whereas the men tend toward more physical means.

For those of you who are in Cliff’s notes version of things, my answer is “no, not necessarily”. One thing I’ve learned in a fairly short amount of time is that generalities almost never hold water – there are always enough exceptions to any given statement as to make the original assertion questionable. Feel free to stop reading and go about your life. On the other hand, if you’d like to know a bit more of my thought process, please read on.

So what might be meant by mental, vs. physical, dominance (or submission)? The latter seems fairly straight forward – the use of physical means or strength to control a submissive. Examples like physical bondage, over-powering, physical punishments or impact play would seem to fit the bill, all of which are employed by both male and female dominants and very regularly enjoyed by both male and female submissives. So mental dominance would be…everything else, then? Including, perhaps, the imposition of rules and protocols, humiliation and objectification (which may also have physical elements), mental chastity, mental bondage and all those myriad things that a dominant need not lift a finger to do.

I can’t help but wonder if the whole idea of the original question stems from the notion that traditionally/historically the male is supposed to be physically stronger and more aggressive, and that the “fairer sex” had to resort to other means to get their way. I don’t really buy that as an explanation, though, as it seems that these sorts of generalities have largely fallen by the wayside. (Indeed, I hasten to distance myself from that very concept for fear of prompting any of a number of dominant females of my acquaintance in to demonstrating just how false it is.)

To a certain extent, the point is moot, in that any D/s relationship must start from the mental and progress to the physical. The desire to submit, the willingness to abide by another’s rules and obey their commands, even accept punishments or other consequences all come first. There has to be a mental submission before anyone gets tied up, spanked or any feet get worshiped. I asked a friend what she thought when she heard the phrase “mental domination”. I quite liked her unique answer. She said it conjured the idea of “His voice in the back of head,” a sort of constant reminder of the relationship and the power exchange. It informs her decisions and guides her – subtly at times, less so at others.

So what about female dominants relying on this form of dominance more so than physical means? I find this to be demonstrably false. Any one dominant (male or female) may prefer one method over another, but I doubt it has much to do with their gender. Plenty of female dominants like (or perhaps relish) the more physical aspects of D/s, my own included. Similarly, many male dominants are as masterful (excuse the pun) with the mental aspects as they are with the physical. It seems to me that most D/s relationships will, by necessity, combine both mental and physical attributes; the best dominants do so with great skill and artistry. I’ve heard it said that flogging the body is nice, but doing it while figuratively “flogging” the mind (i.e. a “mind fuck”) is so much better.

So to sum it up: I don’t think it’s fair to say that female dominance is more about mental dominance. As I mentioned earlier, all dominance has elements of the mental and the physical. They may be employed in different ratios at different times, but I doubt very much it is dependent on the sex of the dominant. I welcome commentary, contrary views and discussion.

fuzzyP a relative newcomer to active participation in the D/s lifestyle, and has been in service since January of this year.  Like most things he does, he’s really thrown myself into it, including a great deal of reading and research that predates his entry into the lifestyle.  fuzzyP doesn’t claim to be an expert on anything, and it is his goal to stimulate some thought, discussion or debate. You can contact fuzzyP through the Submissive Guide Community or email him at fuzzyp@verizon.net

Is Male Submission a Form of Weakness? 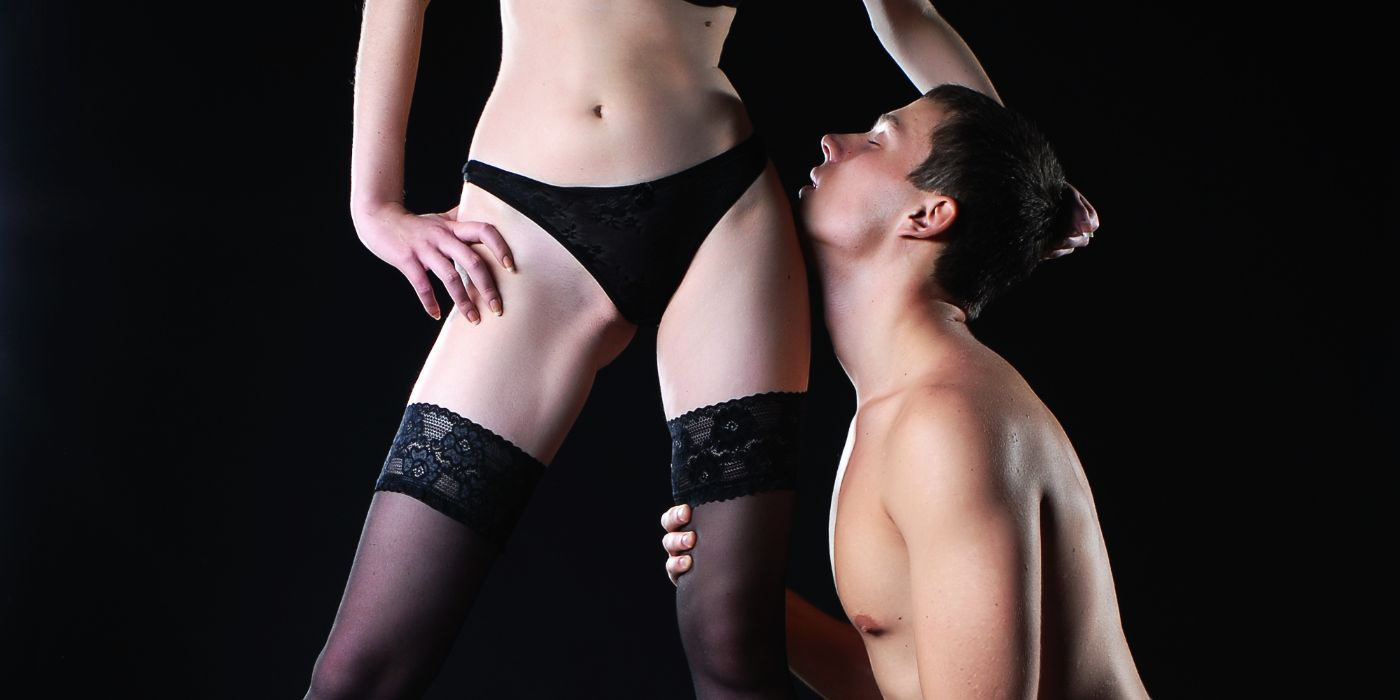