It's Not Just The Size That Matters: Playing With an Uncircumcised Penis

from the Submissive Guide Newsletter 4-30-16

The age-old phrase, “It’s not the size of the boat, but the motion in the ocean,” was created, I believe, to give men with average sized penises some sexual confidence. If you ask any woman in private they are more likely to tell you exactly the type of penis that pleases them. For some it’s long and skinny, others like the short, girthy guys and every single woman I know has a foreskin preference too. You may be able to sit there and think about the type of penis that gets your juices flowing too.

I’m not going to talk much about size or girth in this article. I’m going to fixate on foreskin, I think it’s not commonly related to a woman’s pleasure as much as the man’s and that needs to be corrected. Being a woman I can’t say what it’s like for a man to have a foreskin or not have a foreskin during sex. I don’t have the equipment.

My opinion as far as if it should be removed or not is unnecessary for this discussion. I’ve read all sorts of articles about the benefits and religious implications and I decided that for this post they don’t matter. (If circumcision discussions are a hot button issue for you, I suggest you set them aside for the duration of this post.)

What does matter to most women is how a man’s penis feels. Sure, there is an aesthetic aspect too, but to me that’s negligible. Unless you have a fetish for one or the other. I’ve never been squicked by the look of an uncut penis. It’s a body part and that’s the way it looks. Just because most of the pictures women see are of cut penis’ that doesn’t make foreskin bearers any less sexually appealing.

Handling an intact penis is different from a cut one, that’s for sure. Here’s what I’ve picked up from the number of penis’ I’ve had intimate connection with a time or two.

When you are giving your guy a hand job the presence or lack of a foreskin means you need to handle it differently.

The first penis I was exposed to was of the uncut variety. Stroking the uncut penis is a lot easier and straightforward. The skin moves up and down over the head of the penis so provide heightened sensations for the man. It is also common that an uncut penis head will be more sensitive to touch so be careful as you manipulate them that you keep that in mind. The loose skin moving up and down the shaft is what causes the pleasurable sensations. Make sure that the skin also goes up over the head of the penis in your manipulations. No lube is required to jerk an uncut penis.

That can’t be said of a circumcised penis. Typically lube of some form is necessary because your hand will be what’s going up and down over the head of the penis and you will need to cut down on the friction created. The experience I had with a cut penis was fleeting but it seemed harder for me to stroke him the way I wanted to. I had to get lube, not squeeze as tightly because there was no skin to move up and down and he seemed to ejaculate a lot faster.

Now, this is likely to be the individual experience, as I’ve been informed by a man who has no foreskin that the head of his penis isn’t very sensitive, the scar tissue where the foreskin used to be is not as sensitive either. If this is the case, then a man with a cut penis will need more manual sensation to orgasm than one with foreskin.

When preparing to give oral sex to a man with a foreskin there are a few things to keep in mind.Sucking on a man’s foreskin is quite fun. A few of the men I’ve been with enjoyed having my tongue slip between the foreskin and the head of their penis. As with manual stimulation the head is more sensitive, from my experience. Light touch is effective and creates fun responses from the man.

A circumcised penis has a less sensitive head so stronger sensations are usually necessary. Hard sucking and licking and occasional teeth are rarely turned down. In my experience it was a lot harder to bring a man to orgasm that had a cut penis than one who was intact. Some people like a challenge. Heh.

Sex is pretty straight forward, however the sensation is different for the woman; at least in my case. I noticed that with a circumcised man the friction heat, no matter how wet I was, escalated pretty quickly. It was more common to have to slow down or change activities to “cool off.” Is it like this with every cut man? I couldn’t say.

What I do know is that sex with an intact man was very different. The extra skin acts as a friction barrier during sex. Something that makes it more pleasurable for me. As with handjobs, the foreskin will move with the shaft, so some consideration needs to be taken when applying condoms.

When applying a condom on an intact man you will need to make sure that the foreskin is pulled off the head, but not stretched down the length of the penis. This way it can still naturally move up and down over the head during sex. I’ve actually preferred female condoms when necessary because it doesn’t inhibit the natural movement of the skin on the penis.

I don't have a ton of experience with a variety of penis' but I feel I've had enough personal experience to understand the differences in them. I like to study the penis I’m pleasuring and given that I’ve experienced several ‘types’ I can say what I’ve found in relation to them.

I would love to hear what you have learned from playing with your partner’s penis. If you have experience with both intact and circumcised, what differences have you noticed? 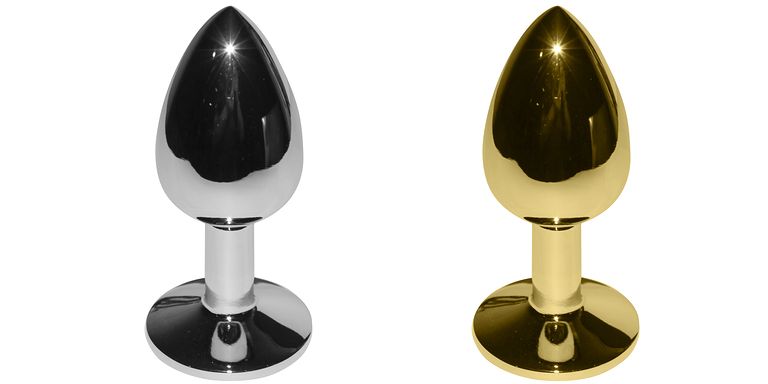 Butt Plugs for Training and Pleasure