A Discussion of Anatomy: The Vagina 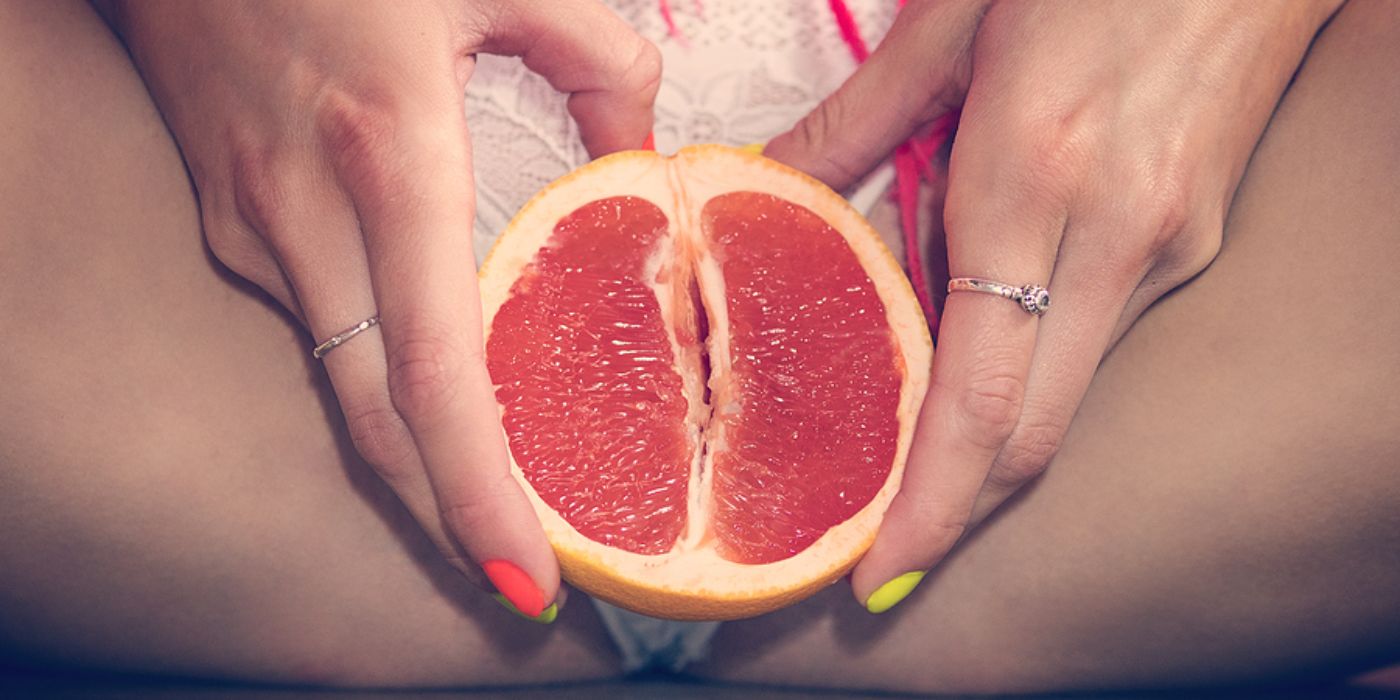 We have a ton of words for the vagina, but the average person knows very little about this aspect of the human anatomy, which is pretty amazing considering how integral it is to your day-to-day life. So I figured that I would write an overview of information about the vagina, because some of you may be interacting with vaginas regularly – your own, your partner’s, or both, or maybe you are just interesting because vaginas ARE interesting.

First off, vaginas and penises are both genitalia. They tell you your SEX, not your gender. Gender is a social construct and is how you define yourself in your head. Sex is on the spectrum ranging from male to female. Gender is on the spectrum from man to woman. (Gender expression, which is how you present yourself in dress and actions ranges from masculine to feminine). Quick note: people can have both male and female genitalia or hormones that are not in sync with the genitalia that they have, which is called intersex,

Now, vagina is usually referred to in a pretty broad way meaning almost anything between a female’s legs, but this is not the case. The vagina only refers to the actual inside of the hole that is the vagina. The labia majora and minora (the lips… or as my partner and I call them, petals), the urethra (where pee comes out), and the anus are not part of the vagina.

The following diagram shows all the individual parts of the anatomy:

Now that we know the parts that we are talking about, let’s dive in.

First of all, when a vagina is aroused the muscles in the vagina relax. These muscles can be tightened, which happens naturally when you orgasm, by practicing with kaegles or ben-waa balls (both of which help you tighten when you want to). When people say, however, that they are only having sex with ‘tight pussies’ that means that they are having sec with unaroused pussies and they are doing something wrong. Vaginas also hold their form really well. After childbirth, or the insertion of something very large, the vagina may take some time to return to its original shape, but even then it will go back – a process which can be sped by kaegles and the ben waa balls.

Vaginas also secrete a mucus when they are aroused – which is why you ‘get wet’. Different females have a different consistency and texture of their mucus and different stages in the menstrual cycle generate differences as well. If there is a noticeable change in scent, color, or texture you should talk to your doctor as this could be a sign of a problem, but some discharge and wetness when aroused is normal.

Vaginas all have different smells, and they do have an odor, but this is not a bad thing. Having that slight odor means your vagina is doing what it is supposed to do. Using a spray to make it smell better is actually NOT GOOD because the spray changes the pH of your vagina which can allow for bacteria to grow and yeast infections of urinary tract infections (if the bacteria spreads to the urethra) to occur. Douching is also very bad for your body – do not do it.

If you think your vagina is smelly use a pH sensitive soap and a washcloth and clean the outside of it gently. Dove is an example of a soap that is good for this. Bathing regularly and after exercise or sex will help reduce the smell. When semen is left in the vagina, there is typically a strong foul odor that comes from this – so be aware of this as well.

Now the clit is something that most people have a very hard time understanding, but it is an important tool for sex. Females actually can almost never come without clitoral stimulation. Now before you get angry that you can orgasm from insertion, wait! We are getting to that.

The clit has three times as many nerve endings as the penis, so even though it is much smaller, it does generate a lot of sensation. Everyone’s nerves may be aligned slightly differently, some parts of your clit may be more sensitive than someone else’s, and you may like some sensations better than others – play around by yourself and with your partner and figure out what feels best for you!

Now – here is a diagram of the clitoris. As you can see, the part of the clitoris on the outside of the body is only a small piece of the whole entity. The part of your clitoris that can be seen from the outside is, obviously, very sensitive. Sensitivity increases when it is touched or rubbed because blood rushes to the area causing it to swell (just like a penis). If the external clitoris is rubbed for too long, it can become painful – so make sure you are communicating with your partner and stopping if this is the case, if you continue to touch it can lead to nerve damage.

So the clitoris is much more than the outside piece and can actually be touched through the vagina. The ‘G-spot’ that is said to be (1) hard to find and (2) able to give female’s orgasms through magic is actually just part of the internal clitoris.

Obviously, this is not magic – your partner is catching a part of your body that is dense with nerve endings. Yay! The more you and your partner experiment with this, the more it will make sense. Be vocal – tell them what feels good and what doesn’t. Explore your body with a mirror, know what feels best on your own and then work with your partner to incorporate that into play.

No Stupid (Sex Toy) Questions: Should my vagina be burning?!